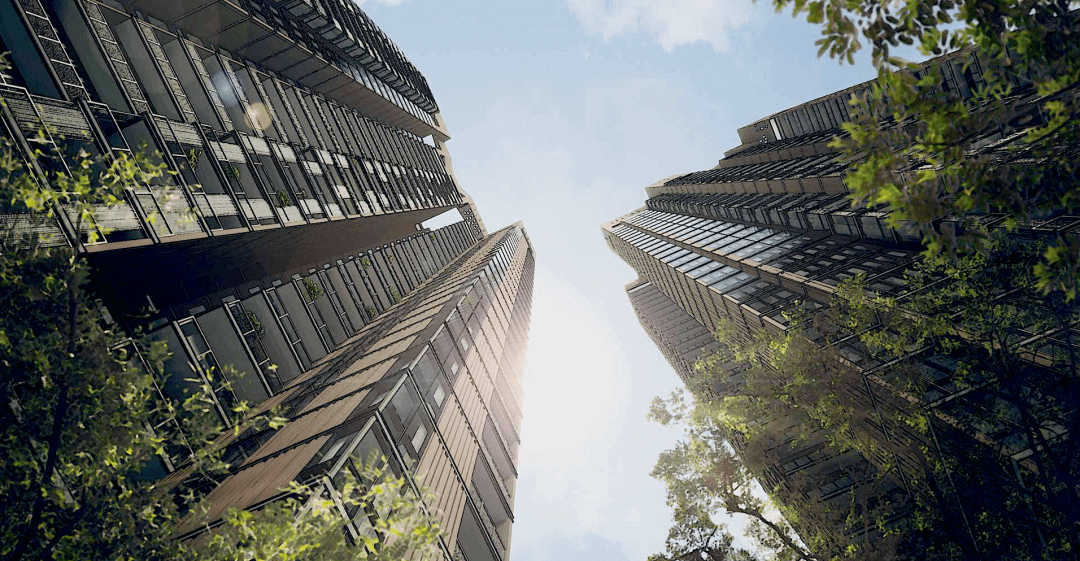 Lentor Modern situated within Lentor Modern is located in the North Region of Singapore, near Lentor Drive along with Yio Chu Kang Road. It is located in that of the Ang Mo Kio, Yio Chu Kang, Thomson area. It is the home of the site with a total area of the area of 185,139 square feet and is planned to transform into a mixed-use project consisting of approximately 605 residents in addition to 86.100 square feet of commercial space.

Private spaces let you be in the moment and have peace and tranquility. It's a characteristic that can be seen everywhere here.

The Lentor Modern Condo Lentor Central project will consist of three 25-story blocks featuring about 600 dwelling units. Each block will be fitted with a large sky terrace that can double its dimensions. First floor is expected to have 96,000 square feet of commercial and F&B and retail space that includes supermarkets as well as over 10,000 square yards of child care facilities.

Lentor Modern Guocoland is included as an enterprise as a company on the Singapore Exchange since 1978. It is a leading regional property firm that has operations in Singapore, Malaysia, Vietnam and China. In China it has developed vast portfolios of properties in the main cities like Beijing, Shanghai, Nanjing and Tianjin.

In 2017, the company expanded its market with its presence in the United Kingdom and Australia through an partnership together with Eco World Development Group Berhad.

The primary businesses include property development, property investments, operations for hotels, as well as property administration. The portfolio of the group comprises residential, commercial hotels, hotel retail integrated, retail and commercial projects across the region.

In the city of Singapore, GuocoLand has successfully produced a range of luxury residential and commercial developments. This includes the Wallich Residence Guoco Midtown and Guoco Midtown and the most well-known Guoco Tower along with the five-star corporate hotel Sofitel Singapore City Centre.

Why You Should invest in Lentor Modern?

The Lentor Central site was launched to tender on the 15th April 2021. The tender ended on July 22nd 2021 with GLL D. Ltd which is an affiliate of GuocoLand was awarded the site with the highest bid that was $784.1 million. The bid was nine in total that indicates the high level of interest from developers trying to fill their shrinking landbank.

The cost is land cost of $1,204/square foot per ppr. Therefore, it is anticipated to launch at around $2,2xx per square foot.

The 25th January 2022, a joint venture comprised of Intrepid Investments, GuocoLand, and TID Residential has won the auction for Lentor Hills Road Parcels A with a maximum bid of S$586.6 millions. The site is located near Lentor Modern which is divided by Lentor Central Road.

This is an estimated land value of S$1,060 for each sq ft of land per acres. Based on the plot's dimensions of 184,460 square feet with an average gross floor area (GFA) 553-383 sq ft,, the property is expected to yield 595 houses for residential purposes.

The land's cost being less and the lower cost of land and the development being launched in Parcel A is likely to go live with a cost of $1,9xx for each square foot. If this is an investment worth the cost or not is contingent upon the specifics of the situation.

Lentor MRT, which is located on the Thomson-East Coast Line (TEL) was officially inaugurated in August 2021. The TEL is currently being constructed in five phases. This includes the Lentor station, which is located in the 2nd phase. The second phase comprises five stations: Springleaf, Mayflower, Bright Hill, Upper Thomson and Caldecott.