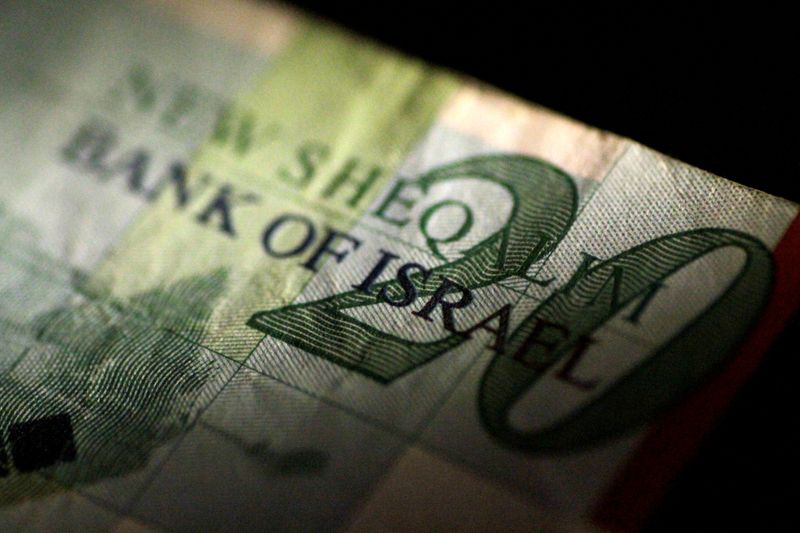 By Marc Jones and Steven Scheer

LONDON/JERUSALEM (Reuters) – Israeli-Palestinian conflicts rarely cause lasting damage to Israel’s markets, history shows, because investors both direct and indirect appear more interested in a resilient economy – and one currently bulging with tech money.

Nights of rocket attacks by Israeli forces on Palestinian militants in the Gaza Strip and by the militants on Israeli towns, combined with a dip in global markets last week, did give Israel’s shekel and stock market their worst week since March, but the falls have already been largely recouped.

Israel’s economy is a stark contrast to Gaza, where the U.N. development agency UNCTAD estimated in November https://unctad.org/news/israeli-occupation-cost-gaza-167-billion-past-decade-unctad-estimates that 56% of the population of 2 million people lived below the poverty line in 2017 after a decade of conflicts, and of restrictions on trade and movement that Israel says have been necessary to protect it from the Hamas militants who rule the Strip. Egypt also maintains tight border restrictions, citing security concerns.As the latest bombardments enter a second week, analysts say the periods of high tension of the last decade – November 2012, July 2014, September 2015 and March 2018 – show how little heed Israel’s financial markets pay to the conflict.

Morgan Stanley (NYSE:)’s economists found that credit spreads – the premium investors demand to hold an Israeli bond rather than an A-rated U.S. bond – did expand by 10-15 basis points in all those periods, but generally recovered within a month or two. Neighbouring Jordan and Egypt, whose key foreign tourism income is sensitive to regional tension, were also affected.

This month, the Israel premiums have actually shrunk.

“This is a bit surprising,” Morgan Stanley analysts said on Friday, “not only because of past precedent, but also as geopolitical risk premia in Israel were low coming into May.”

Others say the resilience owes much to a record 5% current account surplus – worth $20 billion – as money gushes into Israel’s cutting-edge tech and pharmaceutical sectors, and gas discoveries reduce fuel imports.

Israeli tech firms raised nearly $5.5 billion in the first three months of the year, over half the total for all of last year, and the Bank of Israel forecasts that the economy will grow 6.3% this year.

The shekel, for its part, has been weakened by over 60 billion shekels ($18 billion) of quantitative easing by the central bank in recent months, which appears to limit its scope to fall further.

“I think it (the shekel) would weaken if there was a risk of a serious war,” Trium Capital fund manager Peter Kisler said. “But the thing is that it (Israel) has such a strong current account.”

“NOT A MACRO STORY”

The Tel Aviv stock market has also been resilient. It did fall during the previous flare-ups, but only did significantly worse than other markets during the 2014 ground war in Gaza.

This time, Tel Aviv has actually outperformed the MSCI world index over the last week, and is within reach of a record high.

And though rising inflation pressures are nudging up bond yields, those in major markets like the U.S. are going up faster, which means the closely-watched spreads are shrinking.

It may have the potential to become one, though.

The ratings agency Fitch says the fact that the fighting in and around Gaza has this time been accompanied by clashes inside Israel between Jews and members of the 21% Arab minority does present new risks, at a time when a fourth election in three years has again failed to produce a stable government.

Furthermore, measures to deal with the effects of the coronavirus pandemic have boosted Israel’s debt to 75% of GDP from 60%.

“Pressure on the ratings could build if security and political risks tied to the current flare-up are protracted,” S&P said.

Still, the investors who snapped up a whopping $17.6 billion in Israeli bonds on international markets last year – the second largest issuance among emerging economies – have seen no reason to change their minds.

BOFA economist Mai Doan thinks markets are now well used to Israel’s difficulties. “Usually what we find … is that the impact on variables such as bond yields and FX rates is temporary, and the fundamentals of the country do not change.”