Lawrence Summers, the former US Treasury secretary, has sharply rebuked the Federal Reserve for its loose monetary policies, accusing the central bank of creating a “dangerous complacency” in financial markets and misreading the economy.

The comments from Summers at a conference hosted by the Federal Reserve Bank of Atlanta marked a significant escalation of his attacks on the US central bank. The Harvard University economist and former top Democratic presidential adviser had already criticised Joe Biden’s fiscal stimulus as overly excessive earlier this year.

Summers said monetary and fiscal policymakers had “underestimated the risks, very substantially, both to financial stability as well as to conventional inflation of protracted extremely low interest rates”.

The Fed has vowed to keep US interest rates on hold close to zero until the recovery hits certain milestones, including full employment, while predicting that spikes in inflation will be transitory. The latest median forecast from the central bank’s officials shows rock-bottom rates remaining in place until at least 2024.

“Policy projections suggesting that rates may not be raised for . . . close to three years are creating a dangerous complacency,” Summers said, adding that the Fed could be forced into a knee-jerk tightening of monetary policy that would spook markets and even hurt the real economy.

“When, as I think is quite likely, there is a strong need to adjust policy, those adjustments will come as a surprise.” That “jolt” would do “real damage to financial stability, and may do real damage to the economy”, Summers warned.

The Fed has argued that strong monetary support for the economy is still needed because of the risk of a slowdown in the recovery and the shortfall in employment compared to pre-pandemic levels. Nor does it expect the current spike in consumer prices to last, arguing that it is being fuelled by supply chain bottlenecks and the economic reopening.

Summers warned that the notion of an equal balance between inflationary and deflationary risks, and between financial bubbles and credit problems was “very far off of an accurate reading of the economy right now”.

“It is not tenable to assert today in the contemporary American economy that labour market slack is a dominant problem,” he added. “Walk outside: labour shortage is the pervasive phenomenon.”

Summers’ attacks on US economic policymakers this year have been particularly stinging because he is a Democrat, and have resulted in his being sharply criticised within the party. Liberal activists in particular say he is out of touch with the struggles of middle and low income households. 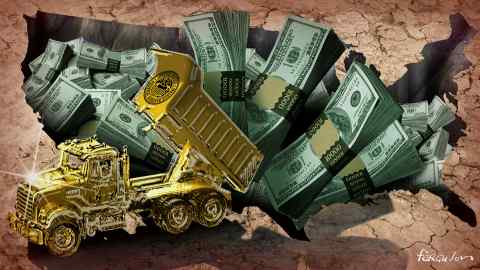 They say Summers — who served as Treasury secretary from 1999 to 2001 — represents the market-friendly, deficit-fighting wing of the Democratic economic establishment that backed excessively tight fiscal policies during the administrations of Bill Clinton and Barack Obama, leading to middle-class stagnation and a revolt against globalisation.

None of that has deterred Summers from taking a very public stance. On Tuesday he said that the Fed’s new policy framework, approved in August last year to be more tolerant of inflation after the lessons of the financial crisis, was not fit for the current environment.